Fidget Spinners. It is very pleasant to have one in your hand. The ease with which it runs. How to feel the material, the workmanship. These are all reasons why you picking to up again and again. When you have nothing else to do, if you want to concentrate, the Fidget Spinner there for you.

You turn the Fidget Spinner easily in one hand without losing focus on your task. So when you sitting concentrated to learn, the Fidget Spinner is easily managed without having to look at it. The soothing feeling of the rotation in your hand. The ergonomic, well-finished form. It helps to focus and hold your concentration.

OriginalFidgetSpinner.com is a collection of quality fidget spinners. Collected to provide information and products to those who are seeking for a fidget spinner but does not want to get caught up in the tangle of the wide range of junk which is already there. The spinners of different vendors initially seem very similar, but the quality is largely determined by the bearings, which has been neglected by many manufacturers.

[/vc_column_text][vc_custom_heading text=”The story about the birth of OriginalFidgetSpinner.com” font_container=”tag:h2|font_size:24|text_align:left|color:%23ec6f0d” google_fonts=”font_family:Cabin%3Aregular%2Citalic%2C500%2C500italic%2C600%2C600italic%2C700%2C700italic|font_style:700%20bold%20italic%3A700%3Aitalic”][vc_column_text]In primary school it became confirmed to us, our son has a concentration-weakness. It was now clear that it helps him to fiddle with something when it is necessary to focus. Until recently it was generally something nearby. A pen that was clicked, a piece of tape crackling roll between his fingers, or whatever, it helps him to better concentrate during lessons in the classroom and doing homework, learning for that test.

He often took things that make sounds, so the area around him did not like that very much. When I read about the fidget spinner I went enthusiastic immediately. It’s a ‘cool’ thing, fits comfortably in the hand, it makes no noise and you can fiddle with (fidgeting).

I have ordered one right away. Obviously not the most expensive, about 10 euro. It was a nice surprise for my son and he was very happy. But the fun could unfortunately not be for long. From one moment to the other the spinner was not turning smooth anymore, after three seconds the spinner was finished. 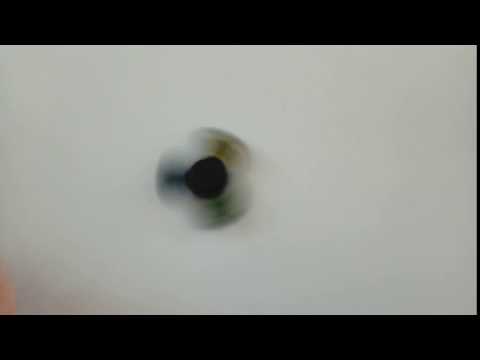 Because I was already convinced of the usefulness of the spinner, I have purchased a new one. It certainly will not be the intention of the first vendor that fidget spinner lasts only three days, but to eliminate all risks, but nevertheless I opted for a different supplier. Yet even more expensive, than I could surely expect more. Sure enough, within a few days the spinner came in, nicely as promised on the website. It looked fine, spun excellent, nothing wrong with that, when its was new. But also this spinner began to spin slower and slower after a week. 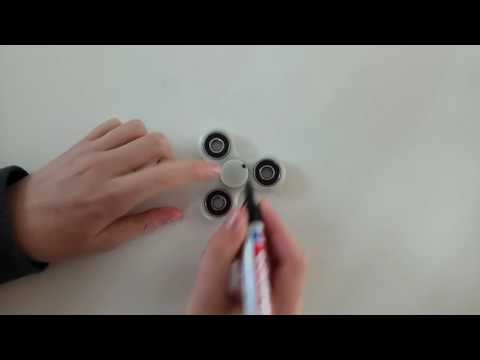 This can not be true, I thought. But alas, it was true, spinner number two could be moved to the trashcan. This should be changed!

As soon as the second spinner went to the trashcan I started to study the phenomenon fidget spinner, especially the bearings. Meanwhile I may call myself a true expert in this field and knows very well what specificationsa good fidget spinner must meet.

Because I am so convinced of what a fidget spinner could do for people with concentration weakness, ADHD and autism. And because I know the quality of the fidget spinner an essential part of matter here, I went looking for good, affordable fidget spinners. I can tell you, that’s quite a job. So difficult that I decided to create my own spinners at one time. So I could be 100% be sure about the the product.

These spinners are now bundled in OriginalFidgetSpinner.com. I chose this name to emphasize the original idea of Catherine Hettinger, the fidgetspinner’s designer. Here you will see only spinners of who the central bearing meets my standard. This standard ensures quality and long fidget fun.

And my son … he still has that concentration weakness, but he very much knows to deal with, thanks to fidget spinner!

All prices quoted are in Euro, inclusive of VAT. Above 18.50 euro, shipping costs are also included in Europe.